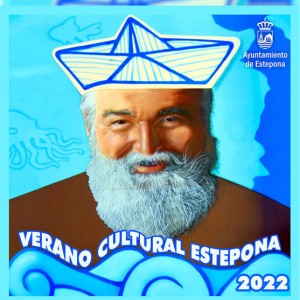 The 'Costa del Sol Scene Humor Festival', the 'City of Estepona Classical Music' festival, the 'Espeto Fest', the 7th World Ham Competition, the 23rd International Fantastic Film Week, the show 'At all costs' by the comedian Comandante Lara & Cía, '10 Wine Street' and the summer concerts of the Municipal Music Band of Estepona are some of the activities that will take place in the emblematic spaces of the city, in the Felipe VI Auditorium and the bullring.

The Estepona City Council has today presented the program for the Cultural Summer 2022, which this year will offer more than 70 activities in different public spaces in the city.

The deputy mayor of the Sociocultural area, Begoña Ortiz, explained that among the names that stand out on the agenda of events is that of the soprano Ainhoa Arteta, one of the most recognized lyrical voices in the world. In his performance, scheduled for Saturday, August 13, at the Felipe VI Auditorium, he will present a program made up of Spanish, Portuguese and Latin American authors who have composed such well-known songs as 'Alfonsina y el mar', 'Del pelo más sutil', 'Goya's Maja' or 'Azulao'.

Rafael Álvarez 'El Brujo' will also perform at the Felipe VI Auditorium on September 24 with his monologue 'Mester de Algarabía'. On this occasion, the sensational actor will tell us about the journey of a minstrel and his reflections as an itinerant comedian of the Golden Age. As usual in his shows, there will be praises, stories and poems from yesterday and forever.

This year the city will once again have a free 'Summer Cinema' in the gardens of the Botanical-Orchid Park. Every Wednesday, from July 13 to August 31, viewers will be able to enjoy screenings for the whole family with titles such as 'Fast and Furious 9', 'Tom & Jerry', 'Raya and the Last Dragon' or 'Godzilla vs. Kong'.

On the other hand, the councilor assigned to the Culture area, Macarena Diánez, explained that this summer Estepona will host the 'Costa del Sol Scene Humor Festival'. It will take place at the Felipe VI Auditorium, from July 15 to August 26, and will bring together comedy figures such as Tomás García, Xabi Franquesa, Jordi Merca, Luis Fabra and Sara Escudero.

Another of the festivals this summer will be 'City of Estepona Classical Music', which will take place from July 20 to 23 in emblematic stages of the municipality with the aim of bringing classical music closer to the population. Directed by maestro Juan Manuel Parra, it will feature performances by pianist Paula Coronas, the Astrea Quintet group and the Malaga Symphony Orchestra.

Another of the usual cultural summer events is the 'Espeto Fest' festival, which this year will take place on La Rada beach on July 28, 29 and 30. Admission will be free and attendees will be able to enjoy the performances of the groups 'Sótano Sur' and 'Airbag', as well as the XX Reggae Night.

From the 6th to the 15th of August the VII World Ham Contest 'Popi, Estepona City' will take place. The largest tasting of ham and Iberian products in Spain will return to the promenade enlivened by the 'Jamón Music Festival', which includes 12 free performances, including those by Nolasco, Laura Gallego, Rafa Cremades & TV Band or 'El Bomba y Ana Soto'.

The mayor has also announced that the 'Ángel Festival' will be held from August 19 to 21. Music of the World', in El Ángel Park. It will be free and will offer performances by groups from Mexico, Senegal and Argentina. In addition, attendees will be able to enjoy the typical gastronomy of each of these countries.

Two other consolidated cultural events in the city that will be held again this year are the XXIII Costa del Sol International Fantastic Film Week, from September 4 to 10, and the VI Fashion Week, which will take place in the Parque Botánico -Orchid from September 21 to 24.

Likewise, the Estepona bullring will be another of the enclaves this year that will host some interesting activities such as the show 'A todo costa' by the comedian Comandante Lara & Cía (August 5), the zarzuela 'Las Leandras' by the company Teatro Lírico-Andaluz (August 4), the Canelita concert (August 6), which will be accompanied by artists such as 'La Húngara', 'La Cebolla' or 'Raúl El Balilla', or the musical 'Coco'.

Other events that continue to arouse the interest of the public every summer is the '10 Wine Street', which will take place on July 14 in Plaza Manilva and where the most important open-air harmonized wine tasting on the Costa del Sol will once again be offered , and the XXVII Summer Book Fair, which will be installed on the promenade from July 20 to September 11.

The deputy mayor of the Sociocultural area, Begoña Ortiz, recalled that every Sunday, from July 17 to August 28, the Estepona Municipal Music Band's Summer Concerts can be enjoyed in the Plaza del Reloj. Every week there will be thematic performances dedicated to great classical works, modern popular music, soundtracks of television series and films or operettas.

On the other hand, to continue bringing the work carried out by the different dance academies in the city closer together, the Consistory has scheduled, from July 12 to August 30, performances by the students in prominent spaces in Estepona.

Lastly, he underlined that in order to continue bringing culture closer to residents and tourists, the City Council has programmed numerous free outdoor activities such as the Hugo Toscano concert (July 15), Dennis Mansfeld and his band (August 2 ), the musical Moulin Rouge (August 5), the musical 'Alice in Wonderland' (August 12) or the XXXVI Chess Nocturnal 'Ciudad de Estepona' (August 11).

This website uses cookies to improve your experience while you navigate through the website. Out of these, the cookies that are categorized as necessary are stored on your browser as they are essential for the working of basic functionalities of the website. We also use third-party cookies that help us analyze and understand how you use this website. These cookies will be stored in your browser only with your consent. You also have the option to opt-out of these cookies. But opting out of some of these cookies may affect your browsing experience.
Necessary Always Enabled
Necessary cookies are absolutely essential for the website to function properly. This category only includes cookies that ensures basic functionalities and security features of the website. These cookies do not store any personal information.
Non-necessary
Any cookies that may not be particularly necessary for the website to function and is used specifically to collect user personal data via analytics, ads, other embedded contents are termed as non-necessary cookies. It is mandatory to procure user consent prior to running these cookies on your website.
SAVE & ACCEPT